The Office Argument: How to Clean Up after an Office Blow Up 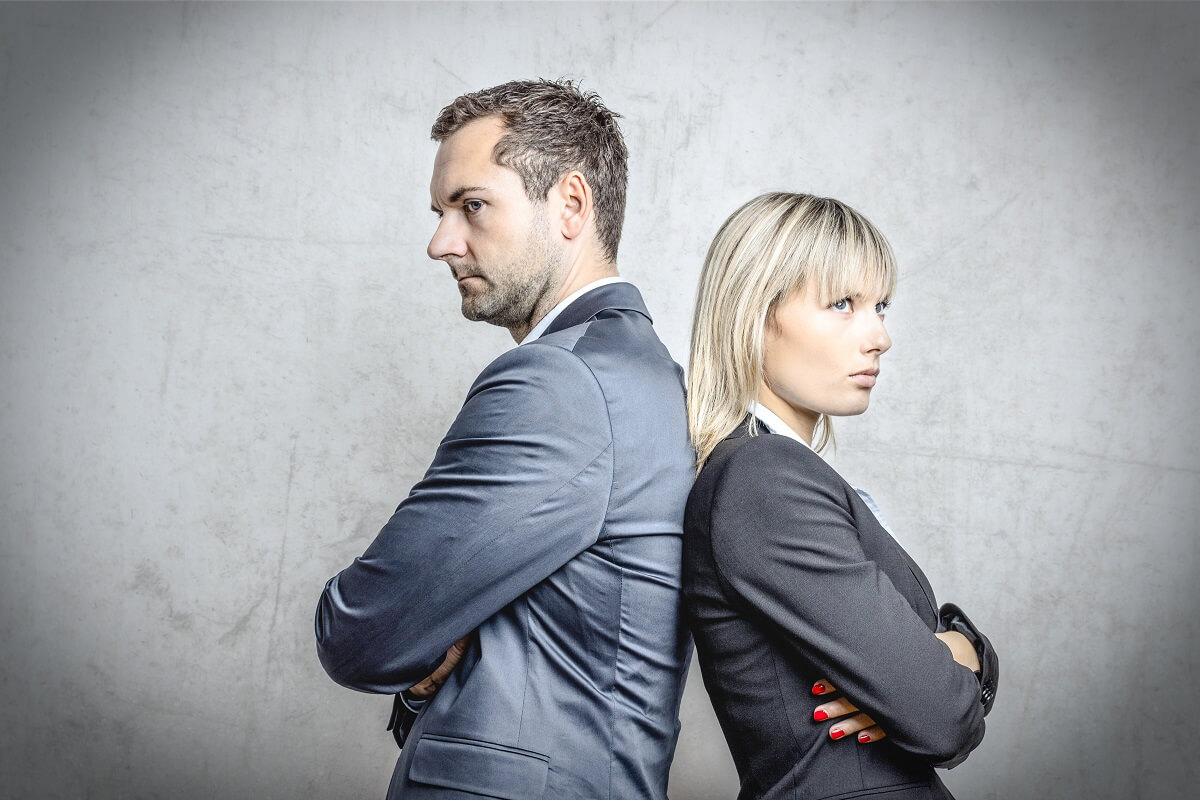 Four Ways to Rebuild and Reconnect

Red faces. Chairs kicked. Icy silence. Shouting matches. Sputtering, blistering-mad employees throwing their company badges on the table and walking out (or at least threatening to walk). A new curse word added to your lexicon here and there.

Have you witnessed office arguments like these? I know I have.

Maybe you’ve even been in one.

Those behaviors were back in the day when there was less civility and oversight on workplace communication and bullying.

However, if we’re honest, a few of these behaviors still hang around today, no matter how much they are discouraged and monitored, so they need to be addressed.

We’re human, office arguments will happen. But the workplace showdown, if not cleaned up, can be a killer to workplace morale and productivity.

So—(Person A) you’re sitting in your office minding your own sweet business, when that annoying co-worker, the perpetual antagonist who gets under your skin more than a hot day in July (Person B), comes in and begins to wheedle you about the report you owed her department and that you turned in a day late. You are quick to offer the reasons (not excuses!) why it was late and how, if she had given you her input in a timely manner, you might have even been a day early.

Queue the elevated blood pressure. She stands over your desk and, voice raised, reminds you that the last two reports were late, your employee, Sam, didn’t communicate well, and that others have noticed your tardy habits.

You stand up, rising to the occasion, and yell back (didn’t she yell first? you don’t remember or care) that last month her team’s input to you had an error and caused a costly redo. That’s why the whole thing was set back a day.

And what was she doing, writing a book on scheduling protocol anyway?

Voices peak. Mentions are made of one another’s unreliability and brutish lack of teamwork.

The new intern walks by your office and embarrassedly closes your door. It’s a bit late, though, as the workers in the cubicles outside are already drawing up sides on this one.

Also Read: 4 Ways to Stop a Workplace Bully from Bullying You

What You Can Do

Some 30% of executives and employees argue with a co-worker at least once a month, according to a recent survey of 1,000 workers by Fierce Inc., a Seattle leadership development and training company specializing in workplace communication. We’ve all experienced an argument, elevated or just a few biting words, that divides and destroys the work we are trying to do. When this happens to you, here are key steps to get going to the right direction.

Walking back into their workspace to smooth things out fifteen minutes after the altercation is probably a bit too soon. Emotions are running high and you’re both likely still taking mental inventory of each other’s failures.

People who find themselves in a blowup should step back and find a way to cool off, says Steven Dinkin, co-author of “The Exchange,” a book on resolving workplace conflicts. Get out of the office for a while, or wait overnight if necessary. “When emotions are running that high, rational thinking is at its lowest point,” Mr. Dinkin says.

Cooling down is the right thing to do. Take a walk. Talk to a trusted advisor. Sleep on it a night or two.

Don’t let it percolate for too long, though, or pretend like nothing happened. I mentored a young company president whose direct reports had a heated argument and had individually come to him to vent. He let it sit for three weeks before calling the two together to work it out. He admitted, “Resolving conflict isn’t my greatest strength.” Though an effective leader in most senses, that prolonged waiting period had allowed resentments to build and icy silence to become his employees’ way of dealing with one another. At that point, it was painful to put Humpty Dumpty back together again.

Too much time doesn’t heal all wounds.

Request a meeting with the other person. Perhaps choose a neutral location, not the location where the argument took place. Returning to the scene of the crime is not going to help your cause. Even a coffee shop or another offsite location can neutralize memories of the fiery office environment.

Resist the temptation to solve by email or text. This can make matters worse and won’t ultimately solve the issues at hand. As we all know, much can be misinterpreted from an email and even set up a subsequent round of argument.

So, suck it up, ask for an in person meeting. You can convey what you want to by your tone of voice, facial expressions and body language and that will go a long way towards repairing the rift.

Also Read: Are You Too Nice For Your Own Good?

In the heat of the argument, it’s easy to blame and accuse. When you re-engage, you can set the tone by asking questions to clarify and show that you’re invested in repairing the relationship. I’m not speaking of questions like, “Why were you so angry?” That could set the fires ablaze all over again.

Better questions often begin with “what.” For example,

“What did you mean when you said that Sam didn’t communicate well?

Could you be specific?

When did that occur?

These questions help describe objective behavior and outcomes. They open the way for solutions.

After you’ve asked the question, listen. Refuse to be thinking before she’s finished, “Here’s what I’ll say to that…” Genuinely listen for the specifics and sources of frustration from her point of view.

In her book, Tongue Fu— How to Deflect, Defuse and Disarm Any Verbal Conflict, Sam Horn suggests using what she calls the Triple A Train. AAA= Agree, Apologize, Act.

In the former example, Person A could say,

Ms. Horn allows that many times the root of the argument was not the fault of the person who proactively leads with these three “A” actions, and yet she points out that this is a giant leap towards a win-win to defuse an argument and, most importantly, go forward. (And there’s also the maxim, “You can be right, or you can be happy.” It’s worth thinking about.)

Can conflict be good for the office? Yes, if handled with these practical approaches, it can unearth process problems and clear the way for a smoother, more productive workplace.

9 Ways to Beat Boredom at Work

Employees, Are You Willing to Change Your Ways?

Three Cool Characteristics of Millennials Who “Show Each Other the Way”