Mentoring like Socrates (Yep, the Greek Guy) — 5 Kinds of Questions You Need to Ask Your Mentee 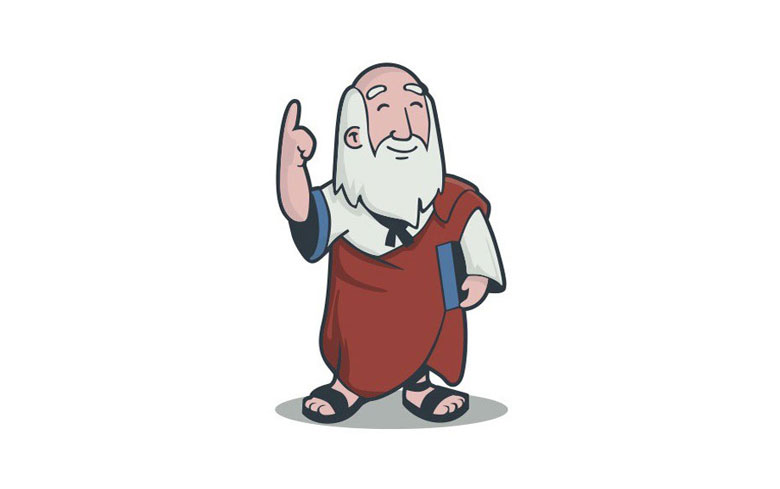 Q: Who was the way smart philosopher born in Greece, circa 470 B.C., wearer of fashion-forward long robes, unfortunate consumer of hemlock tea, who likely drove his parents to run for the closest carafe of juice of the vine with his constant barrage of questions?

A: You guessed it! Socrates himself.

Besides laying down the fundamentals of Western logic and critical thinking, Socrates had a few memorable mentees in his day, Plato and Xenophon to name a couple of his high pots.

What did Socrates bring to the table, and moreover, how would his practices apply to YOU, a modern-day mentor?

Socrates made compelling, continuous use of QUESTIONS. (And that made him a man to remember for the ages.)

That also makes him a model to emulate when you have a mentee with whom you’d like to successfully relate.

We’ll look at 5 Kinds of Questions he employed. (You will have great success if you use these too.)

But first, what do questions accomplish in a coaching conversation with your mentee?

—They challenge your mentee’s thinking
—So they can best achieve their personal and professional goals.

Let’s look at a sample mentoring situation and the type of questions you can use to move your mentees towards their goals. (The following conversation will not be found in accredited historical documents!)

THE SET-UP FOR THE COACHING CONVERSATION:
The mentee, Plato, is considering founding an institution of higher learning. (Think Plato’s Academy) and is seeking to glean wisdom from his mentor, Socrates, as to the process and pitfalls of such a proactive move. Observe how our old philosopher friend directs Plato to examine it for himself by the skillful use of these five kinds of questions. (The italicized portion of the questions is what you’ll want to get used to using.)

1. CLARIFYING QUESTIONS:
(These questions get Plato thinking more deeply about what he envisions.)

Plato: “I want to set up an alternative school. I’m picturing a place where Greek students can come to learn and think deeply about philosophical concepts, you know, kind of a Grecian think tank.”

• “What do you already know about setting up a new venture?”
• “Can you give me an example of another school like this?
• “What does this mean for how these potential students will learn?”

Plato: “I think we can get record numbers of students. I overheard a couple of guys talking in the Agora center last week about how the world began…you know, it’s origin and all. So I’m thinking maybe some cosmology, epistemology and metaphysics. Those would be the beginner core courses.”

• “You seem to be assuming that there are a host of students who would want to join up. How do you know this?”
• “What would happen if nobody enrolls?”
• “What will happen if you have more applicants than the school can accommodate?”

3. PROBING QUESTIONS ABOUT RATIONALE AND EVIDENCE
(These questions focus directly on Plato’s assumptions. Just because he holds those assumptions doesn’t make them a given.)

Plato: “I hear your concerns about my high confidence in the school’s success. I thought that the guys I heard talking about this were a great random sample of others in Athens.”

• “What evidence is there to support that they represent all others in Athens?”
• “Is there any reason to doubt that evidence?”
• “How might non-interested citizens refute this idea?”

4. PROBING QUESTIONS ABOUT VIEWPOINT
(These questions focus directly on Plato’s perspective. His viewpoint should be challenged because it is not the only one.)

Plato: “The way I see it, there are only benefits to be gained from setting up an opportunity like this. Nobody will disagree with the need to hit the books a little more.”

• “Why is it better than how they learn in the open square now?
• “What will your detractors say?”
• How could you answer the objection that detractors will make?

5. PROBING QUESTIONS ABOUT CONSEQUENCES
(These questions cause Plato to consider the logical outcomes of his arguments and actions.)

Plato: “Since we last met, I conducted a SurveyMonkey of the Athenian population regarding their interest in intellectual pursuit. Survey results show that 47% of eligible participants have the time, interest and means to attend the academy.”

• “When you say that, are you implying that all of that population will sign up?”
• “What will be the consequences to our community with setting up a school such as this?”
• “How does this affect the number of teachers that would be needed?”

And so it goes.

An imaginary conversation, of course, but you get the idea. Questions are paramount to drawing out a mentee, establishing connection and helping them move towards their goals. Not to mention that your mentee will observe that you honestly care about what they think, plan and feel.

So, use these same type of questions in your mentoring conversations:

• Clarifying
• Probing about…
o Assumptions
o Rationale and Evidence
o Viewpoint
o Consequences
In the words of the man himself, “I cannot teach anybody anything, I can only make them think.” And how to do that?

Note: Thanks to R.W. Paul’s thinking and articles on types of Socratic Questions.