Three Cool Characteristics of Millennials Who “Show Each Other the Way” 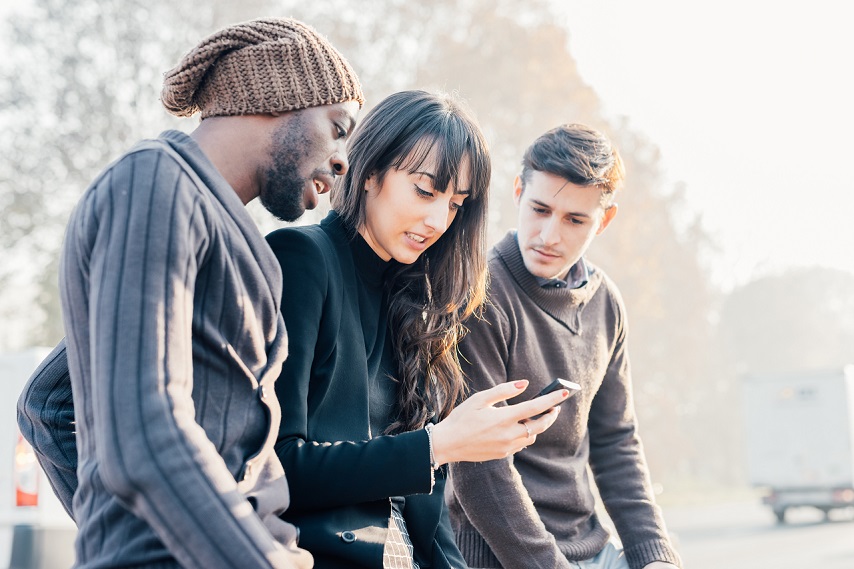 How Millennials Impact Each Other Through Peer Mentoring

In my corporate life, I begged for the chance to mentor millennials.

Because they were cool.

Not only was the group I worked with hip and up on everything tech and social, they also shaped their workplaces by mentoring each other. Sometimes it wasn’t even called “peer mentoring” by their management. It was just something they did.

I was exec sponsor for our department’s “leadership development program.” It was an opportunity for those who were chosen, generally between ages 25 to 30, to go through a three-year rotational, high-energy, high-demand growth program. I guess was in charge of keeping the gang going in the right direction.

There was a lot to be gained from participation to such a program.  Work towards an MBA. Experience three unique jobs in different departments over three years.  Have an executive mentor. In many ways, it was a privilege and honor to be in the program.

Sometimes those millennials in the program took a bit of a rap.

“They expect too much.”

“They want to advance too fast.”

Hey, that could be said about any of us at any age, and I’d stand in the gap in defense of the millennials I learned to know and care about over those years.

Three deserve a shout out for modeling motivation, magnetism, and maturity. They stood out as great examples of the many great millennials, like YOU, that are out there.

What did they exhibit that made them stand out?

They mentored by being an incredible example to their peers.

(It’s important to remember, it doesn’t matter your age, position, or location, others are watching you to “see the right way to act”…so that they know for themselves. Everyday you can show them.)

Also Read: Does Your Business Mentoring Look Like This?

The finance team had been at it for days trying to get the quarter closed. If you’ve spent any time in that function, you know that the hours go by fast and the expectations grow even faster as management awaits “the final numbers.”

DeShawn came in day after day, looking dog-tired, and it’s because he was. Twice in a row he opted to stay overnight and finish the presentation so that his boss could review it the next day.

He was much more than a smart guy; he was modeling to those around him that it takes inner MOTIVATION, going way beyond expectations, to ensure the team’s success.

DeShawn was a dedicated, focused individual. A millennial guy that mentored others by modeling steady motivation.

Katie was a hoot, She was so excited about everything she touched and everyone around her. She would enter any group gathering with a big smile on her face.

She was always inviting others to join her in whatever she was doing.

“Want to go with me to lunch?”

“Want to work on this spreadsheet together and figure out why it doesn’t add up?”

“Let’s go talk to the boss about our new strategy. She’ll know what’s coming down the pike.”

It was a funny thing about her. People constantly gathered around her cubicle to talk, laugh, and ask her for advice on their projects and careers.

And when newbies started out, she would take them for coffee and chat them up. Maybe they were a little unsure of themselves in their new role? She was happy to encourage and give her “secret pointers” on how things worked around there.

She was a winning individual that mentored through her MAGNETISM and outreach.

Also Read: Does Your Employee Engagement Need a Lifeline?

Jake quietly and humbly shared with me, as we visited in my office one day, about his tour of duty in Afghanistan and how it had been difficult for his wife and two young kids to have him gone.

He described a ride in their unit’s Humvee one day, where they were quite certain they were driving close and among IEDs.

“Were you scared?” I asked.

“Yes, that day I was pretty nervous.”

I felt a lump in my throat. This guy was so much more than an employee with a lot of potential; he was a husband, father, protector and patriot.

The cool thing was that each of these three individuals (and many others in the program) took mentoring to heart.

Each became a “buddy mentor.” A buddy mentor partnered up with a new person in the program, showed them everything from the basic campus layout (where are the vending machines?), talked about which departments were the best gigs for their first rotation, introduced them to the people they needed to know to get a bright start.

It’s one thing to be a full-of-potential employee; it’s another to show others the way.

Are you a motivated, magnetic, mature millennial? Are you showing others the way so they can be their best and succeed?

Others are watching you for “the right way to act.”

Be a cool millennial mentor everyday.

Also Read: How Mentoring Millennials is Like Driving a Fast, Hot Car

Lori Bachman created The MentorShift Group to equip mentors and mentees with a practical and powerful mentoring system. The system is designed to equip those who use it to, not only flourish in their own mentoring relationships, but to be able to transfer its success to others as well. You can contact Lori at lori@loribachman.com